Seventeen and Depressed? Here’s Why. 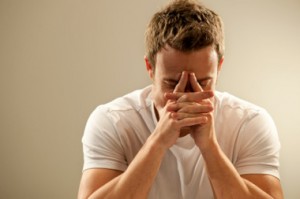 Being seventeen should be a great time of life. Many have worked their way through the awkwardness of earlier years, and now enjoy a more relaxed and satisfying social life. Plus, most of the work of secondary school is behind you. It’s a time to appreciate that nearly your whole life is stretched out in front of you – many exciting transitions are just months away. Soon you will have more freedom, and your life will more closely resemble that of an adult than a child. This what you’ve always wanted, what you’ve worked so hard for. Sounds good, doesn’t it?

But if all that’s true, then why are so many next generation seventeen year-olds burdened by depression and anxiety? I’m especially attuned to the prevalence of depression among high achievers. This problem seems to disproportionately affect kids who have the most to look forward to. I’m talking about those who have worked hard and done well in school. Those who will assuredly be admitted to good colleges and universities. Those who should be destined for long-term success.

Do you have an intuition about the rhyme and reason of this phenomenon? Can you see that age seventeen is a unique crossroads – a time when the past has to be reconciled with the future. At seventeen, all of those beliefs you accepted without question for years are now up for re-evaluation.

For example, the best students typically march their way through school without questioning the merits or the purpose of their efforts. They work hard because at a young age they accepted this imperative, and internalized this core value. Good students often don’t permit themselves to deviate from a proven path – and they get lots of positive reinforcement for this commitment. Without ever articulating their own thought process (which never gets defined, because there is no conversation about it), these kids come to believe that if they simply follow the recipe for success, as laid out for them, everything else will take care of itself.

For many years, things go right along without a hitch. A young person’s faith in the process propels discipline and hard work – what most of us describe as motivation. When the commitment disappears, as it often does at age seventeen, we wonder where it went. Why, at this critical moment, when academics count for so much, is there an implosion of belief and effort, a collapse of motivation?

From my clinical and coaching vantage point, here’s why: the person in question has become too much of an adult to believe in hard work untethered to any larger purpose or goal. At seventeen, we reach a point of psychological sophistication that demands a greater understanding of what we are working toward, and why. Because there are so many years out in front of us, it feels overwhelming to throw oneself into what feels like an eternity of effort.

I believe there is an emptiness that profoundly affects some, perhaps most, seventeen year-olds. It is an existential malaise that doesn’t respond well to antidepressants, because it has little to do with chemical imbalance, and everything to do with life imbalance. Although life is full of reflection, there are some points that weigh more heavily on the human psyche, because they feel like an important fork in the road. Seventeen is one of those times, and the effect is heightened by competition, economic anxiety, and the frequent loneliness of an electronic culture.

At seventeen, college and its requisite decisions loom large. You have to at least think about where to go, and declaring a major field of study. This is serious business, and a good many seventeen year-olds haven’t a clue about how to approach these choices. Older people understand that a choice need not be forever, but at seventeen, a choice has much more gravity, much more meaning. It’s a choice intertwined with identity. When you don’t feel any intuition about that choice, it’s as though you don’t really know yourself. And that’s exactly right!

Few of our best and brightest have spent any time thinking about where they fit in the world. They’ve been driven by a different set of priorities, a more succinct hierarchy of values. The prevailing belief has been “if I work hard enough, and do well enough, the world will be mine.” And indeed the world does bend – to some degree – for those who have worked hard, and done well. Yet that still doesn’t resolve the problem of personal happiness – which stems directly from feeling as though you belong in your life, and that you are creating a future which will continue to make you happy.

At seventeen, you want to feel as though you have some control. And although people might tell you that you do indeed have control over your choices, such reassurance only heightens anxiety, because you don’t always know what to do with that power, this imposing freedom of choice.

From the sidelines, this situation stirs concern and panic. How can we help this person we love so much? What can we do to preserve the benefits of years of hard work? What is the treatment for this type of depression?

The best treatment includes validation, patience, and an opportunity for re-appraisal.

It’s nearly impossible to think your way out of an existential depression. You can lie on your bed, blare the music, and try to work it out. But at seventeen, confronting new kinds of doubt, your thoughts tend to be circular and unproductive. You may cry or act-out. People want to help, but most don’t really get it, and everything they say seems wimpy, or besides the point. You know that people love you, but that’s not enough, or the right kind of help in this situation. You need time and space to push your doubt and anxiety up and out into the light of day. That’s how you objectify strong emotions, and begin to take charge of them.

The discipline of psychology is fond of prescribing cognitive-behavioral therapy for every mental health ailment, but learning to channel more positive thoughts barely scratches the surface of an existential depression. What you need at this moment is the feeling that everything – and I do mean everything – is up for reconsideration.

The very second that idea becomes clear and believable is the moment your depression begins to lighten. The claustrophobia of your condition recedes. There is a feeling of daylight, and of possibility. From the shadows, the authenticity of your life emerges – maybe for the very first time. You understand that the only truly important and enduring purpose is to shape a life that works for you. For years, you have been working hard to serve a script given to you with the best of intentions. But now it’s time to begin writing your own script.

You no longer look blankly at someone assuring you that you are the writer of your own life, you actually begin to see how that makes sense, and how it’s done. Real time and space are given back to you. The psychological contraction of depression is reversed, and your life is enlarged. You have more room to roam, to explore what is authentic to you. That’s all that really matter at age seventeen anyway. It’s the trail of authenticity that promises to set you free. You wish there was a class in school dedicated to this subject. The subject being “me.” You may have an intuition that all knowledge is interconnected, and thus wonder why it is important to study any academic subject, separated from your own personhood. It’s the connectedness that makes every kind of learning so meaningful. It’s the connectedness of your life to your studies that brings the joy of being a student, and of learning, back into focus.

Suddenly, the future looks less foreboding. Less like someone else’s dream than your own. All of the answers may not yet be present. (You still don’t have a clue about your university major.) But here, in a moment of unification between personhood, study, and life choices, the endeavor somehow seems more playful, and more authentic. The fun of life returns. It’s like you are fifteen or sixteen again.

It seems like a seventeen year-old is simply entitled to happiness, but I believe it has to be earned. There’s no free pass. Without doing the critical work of building self-knowledge, you continue to exist in a shrinking mental space. I know that many young people will simply wait it out. I feel particularly concerned about my fellow New Englanders, who I think are more prone than most to accept depression as part of the hardness of life. Something to be suffered and endured as a test of character and resolve.

If you are a parent, I hope you won’t endorse this position. We may be talking about a complex reassessment of personal philosophy, but there’s no reason that common sense shouldn’t prevail.

When depression strikes, a window has opened. A young person can potentially see things more clearly, more honestly. There is more openness to taking risks because what one has tried in the past hasn’t worked. No one wants depression to last. It is an unpleasant experience that warrants respect and treatment. But for better or worse, depression is a supremely teachable moment.

At seventeen, action without reflection has lost its luster. Now is the time for important conversation about the path forward. Wherever that conversation occurs, it should affirm life’s freedom, and possibilities. It should assert the right to author your own story, to take risks, and to change your mind at will. This is comforting, and makes the world a more welcoming place. It’s the kind of love and respect we owe people at seventeen.