Warning: Use of undefined constant SINGLE_PATH - assumed 'SINGLE_PATH' (this will throw an Error in a future version of PHP) in /nfs/c06/h03/mnt/186942/domains/dradamcox.com/html/adamcox/wp-content/themes/responsive-child/functions.php on line 72
 Tracking the Economy of Respect - Dr. Adam Cox
↓ Skip to Main Content

Tracking the Economy of Respect 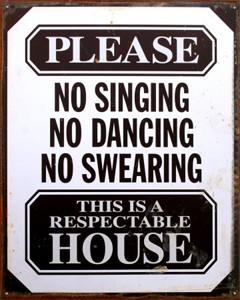 Is anybody else mystified or amused by the sheer multitude of kids expecting to be respected these days? Personally, I can’t recall a time when I’ve heard the “R” word brought up in therapy so consistently. It seems that respect, or more specifically, a lack of it, is increasingly the main reason that children – as young as four – are succumbing to a low mood, poor behavior, or school lethargy.

How did respect come to be so highly prized? And why do so many children treat it as though it were a requirement for happiness?

Has respect suddenly become scarce, or conversely, could it be that the insatiable appetite for respect is a newish phenomenon; perhaps driven by the solipsistic social mythologies that young people hungrily devour until they become “sick.”

My money is on the latter explanation.

Some kids have become conditioned to think of respect as a “right.” Consequently, rather than believing that respect is earned, they believe it is something that is deserved, no strings attached.

These sorts of expectations are so common that hardly anyone bothers to feel embarrassed by them anymore. To the contrary, getting a lot for giving very little is construed as a “win.” Of course there is more than one reason for this phenomenon, but it’s hard to shake off the feeling that the magic of compound interest is largely to blame.

Let’s face it, the merriment of the last two decades (which came to an abrupt halt in October, 2008) was in no small way attributable to the rapid escalation of wealth made possible by compound interest. Even those who weren’t big investors enjoyed the ensuing excess. And we shouldn’t be surprised to find that an economic phenomenon like investing informs the way we go about conducting social transactions.

Supply and Demand
Social transactions shape the balance of power in relationships, whether between peers, siblings, or parent and child. In an authoritarian relationship, respect is mandated as a sign of submission, which helps to explain why kids who think well of themselves have a penchant for being disrespectful toward some authority figures. If the cost of giving respect is diminishing oneself, a good many kids will walk away from the deal.

Yet the key distortion that underlies the economy of respect is that it is finite – a limited resource to be mined and hoarded. The value of respect as a sign of social status, whether within a clique, classroom, or family, has risen markedly – especially because it is understood to be a scarce and desirable commodity.

So today, many kids believe that to get respect, one must take or leverage respect. It needn’t involve physical force, but verbal taunting, stubbornness, and passive resistance are all common approaches to acquisition in the marketplace of respect.

Think of the boy who allows all kinds of privileges to be taken away for refusing to do his homework, sulking, yet oddly proud of himself for standing his ground. Or think of the queen bee so intent on wearing her clique’s crown that she is willing to verbally menace any girl who attempts to procure more than her allotted share of attention or decision-making power. Every case of respect deprivation stems from the notion that respect is an economy of limited supply. To the victors go the spoils.

It’s difficult to pinpoint the exact trigger for this reframe of respect, although the importance of respect is referred to often in popular music. Frequently, these artists pose as “gangstas,” but live lives that bear no more resemblance to gang culture than yours or mine. It’s no secret than many artists have exploited the psychology of youth by elevating antisocial rebellion to a form of pride – self-respect. Not surprisingly, this distorted understanding of self- respect shuns humility in favor of rampant narcissism.

It’s a cynical approach to creative expression, ultimately weakening individual development, but it’s just too grumpy and politically unsavory to hamper the music industry’s right to amass fortunes at the expense of our children’s emotional wellbeing. Sigh.

“Let’s Play Chicken”
A perennial source of frustration for parents and teachers is a child whose demand for respect paints him into a corner, where there’s nothing left to do except play “chicken.” This sort of confrontation is often contagious, infecting siblings or classmates. Why? Because kids are reliably impressed by other kids who refuse to back down. A child who rationalizes resistance as pride or self-respect makes it harder for adults to break the spell of magical thinking that permeates this behavior.

Still, although a game of chicken can feel sporting when played with a cadre of admiring onlookers, it is decidedly less satisfying when the exhibitionism comes to an end, and all there is left to do is resolve the problem. I wonder if I’m the only therapist who has seen more than a few tough guys reduced to tears of frustration as they come to terms with the realization that they “stood their ground” on a false economy of leveraged acknowledgement.

A Boundless Crop
But I’ve got some good news. The terms under which respect is negotiated can be readjusted by a change of milieu and/or interaction style. The key to this readjustment is to give away the very thing that is most coveted. Essentially, respect is created by giving it away to others. If this sounds like the same way that love is created, you’re right. That’s because the roots of respect are firmly planted in the positive regard for another person’s being. In this sense, respect is neither a leveraged acquisition, nor a signifier of social status, it is an acceptance of another person’s sovereign self.

If you have been frustrated with your own “respect- ability,” ask yourself if you’ve been generous in bestowing respect on others, including kids. For example, there seems to be little logic in respecting a young child who is defiant with the most routine requests. Yet respect is the fulcrum on which cooperation tilts, and until one understands how to practically convey respect (without surrendering authority), the prospects for achieving cooperation on a consistent basis are dim.

I’m not asking adults to buy into an undeserved sense of entitlement, or acquiesce to unnecessarily belligerent, provocative, or illogical behavior. But I am suggesting that when we attempt to “hold the line” in offering our own respect, we adopt the same mythology that’s plaguing our children – that to give respect means to lose it.

To ask for compliance without first offering respect – acknowledging the presence of a sovereign self – is like pushing your way through a crowd without bothering to say “excuse me” – just because the crowd has, on surface, less status than your self. As much as we may love our children or students, we are only temporary caretakers of their sovereign selves. If you’re anything like me, you find that notion hard to accept. But when we do, the urgency of giving respect is plain to see.

Pay it Forward
Offering respect is one of the primary ways in which we earn the right to be respected by others. Yet the moral development of youth often precludes this sort of understanding. So most kids hitch their beliefs about respect to the distorted social mythologies implicit in various sorts of media.

Please don’t take too much time trying to explain this phenomenon to the important kids in your life. Instead, demonstrate respect’s abundance by finding ways to insert it into conversation, interaction, and play. Respect is not an abstraction or social virtue to be taught, as much as it is a philosophy to be lived and modeled.

The American transcendentalist Henry David Thoreau suggested that a prospective challenge to respecting others is the fact that most of us live and work in close social proximity. He seemed to be saying that respect is easier at a distance – and this from a man who made a point of sequestering himself in the woods for most of the week. Yet most of us can likely appreciate Thoreau’s point. It’s in the intimacy of daily life, replete with all sorts of social transactions, that respect gets lost in the shuffle.

Seeing one another close up simply makes it harder to ignore our respective blemishes. We bear witness to one another’s imperfections, and must find a way to look past them to see the sovereign self waiting, patiently or not, for the positive regard that makes it possible to pay respect forward.

In this regard, a life lived without tangible signs of respect is tantamount to poverty. Why, then, should we be surprised to see that some kids will hold us up for what they don’t know how to get any other way? All newsletter content – Copyright, 2009, Adam Cox