Warning: Use of undefined constant SINGLE_PATH - assumed 'SINGLE_PATH' (this will throw an Error in a future version of PHP) in /nfs/c06/h03/mnt/186942/domains/dradamcox.com/html/adamcox/wp-content/themes/responsive-child/functions.php on line 72
 Separation Anxiety - Dr. Adam Cox
↓ Skip to Main Content 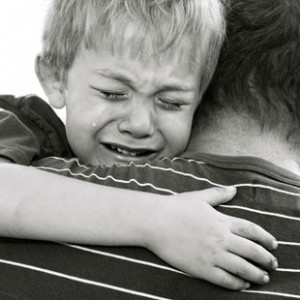 With school having begun recently, I’ve been seeing a lot of separation anxiety. Most of the time this problem affects younger children, and manifests itself as school refusal. In a typical case, the child is very upset about leaving parents in the morning, either refusing to get on the bus, or refusing to get out of the car at school drop-off. Unfortunately, there is usually lots of crying and sadness. Many children complain of stomach aches or being too sick to attend school. Once in school, many children do fine, but that doesn’t lessen the upsetting emotional scene associated with the separation.

Psychologically, the child does not want to separate from the warmth and safety of his or her bond with parents. In my experience, the drama is magnified with mothers. Naturally, this can be very upsetting for parents as children desperately plead to be kept home. Everyone knows that this is a phase the child has to move through, but that’s much easier to say from a distance – where you don’t have to contend with the screams and crying!

Here are some ideas; strategies that I have found to work:

When separation anxiety does get solved it is wonderful for everyone. It is of course a huge relief for parents, who find the tears and pleas gut-wrenching. But it’s also a great joy for teachers who can see that the child has allowed himself to be more calmly integrated with other students in this new community. Kids themselves get a huge burst of confidence which rubs off on other endeavors. Don’t be surprised if separation anxiety shows up again the following year, but it won’t be as strong, and the child will have a memory of how it was resolved. Cheers!