The Truth Won’t Be Suppressed 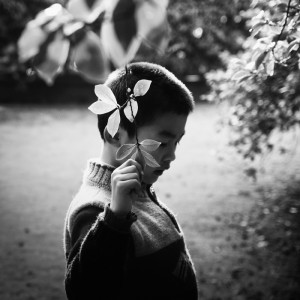 It was more than a decade ago that I began writing and speaking about the social and emotional challenges of boys. Believe it or not, a decade ago this was still a controversial position to take. After I wrote Boys of Few Words, some emailed me to assert there were no real differences between genders. They said no science existed to support such differences, and that claiming such a difference was only another way to confer privilege on boys. In one of its most ludicrous policy statements, the American Psychological association supported this contention. Like various institutes and researchers committed to a philosophy of sameness, they relied upon studies examining particular psychological attributes, but appeared to largely ignore social achievement data – and common sense.

Now we seem to be back for round two of this circus. In yesterday’s New York Times, David Leonhardt provides a straight-forward overview of the data – and it isn’t pretty. Clearly, boys are under-performing, and the longer term consequences are scary. To add to what Leonhardt has written, kindergarten teachers have long recognized the link between social skills and reading skills. Those kids who are better readers, also do better in connecting with others. Phonological awareness is a critical link. This is the ability to hear the phonemes that make up words. There are 44 phonemes that make up all the words in the English language; the sooner you commit those word sounds to memory, and can relate them to their written equivalent – the sooner you learn to read. And, the sooner you learn to connect. This is also why auditory processing skills are often the critical difference when it comes to boys’ social and emotional delays. These differences are well established – and virtually everyone who actually works with boys will acknowledge this.

While we focus incessantly on ADHD, much needs to be said about the lack of language skills among boys. The bottom line is that kids who are more effective in thinking with language (rather than impulses and reaction) do a better job of navigating social hurdles.

There are too many Boys of few Words! The most fundamental and useful strategy we can adopt to helping boys is to provide more opportunity to learn and experiment with language. This means schools that provide ample time for supervised interaction. The school day should be more collaborative than hierarchical – there is no other way to get at the skill development that really matters.