The Difference Between Leading and Impressing 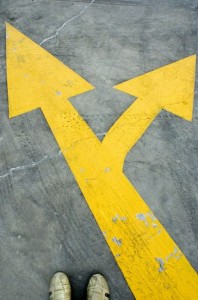 One of the most persistent points of confusion in adolescent thinking is the difference between being a leader, and impressing others. Most kids conflate these two things, and its harmful to both individuals and schools. Most young people believe that being impressive to others is what makes them a leader. But winning is  not leading. It’s certainly true that leaders may win, and there’s nothing wrong with being the best at something. In my work as a school consultant I’ve come to realize that schools are passionate about teaching leadership as an element of student character. That’s great, but to effectively do that, all of us have to re-vision our idea of what leadership looks like. For one, leaders are willing to connect with others. They often use their strength to serve others. Like the locomotive that pulls a train, they may do most of the work, and they refuse to leave others behind.

When you mix up leadership with being impressive, you can find yourself in a game of one-upsmanship. “Am I the best athlete on this team?” “Am I the smartest in math?” “Do others notice how attractive I am?” One becomes preoccupied with being the best at something. So instead of connecting with others like true leaders do, you are trying to conquer others, by being better than them in some way.

Making maters worse is that young people often feel as though one upping others will make them more popular, more likable. Just the opposite. When you force others into a diminished view of themselves, sooner or later they will decide not to be around you. Who can blame them? No one wants to be confronted with inadequacy. Leaders have the poise to avoid unconstructive competition. They get more satisfaction from sharing strength, than flaunting it. Leadership is inherently social.

This idea should be reflected in school assemblies and community acknowledgment. We all understand the value of excellence. Transforming excellence into leadership is another matter, and a higher calling.